The world market leader in LOHC technologies is based in Erlangen. Dr Daniel Teichmann, founder and managing director of Hydrogenious LOHC Technologies, talks with us here about momentum and hindrances in the hydrogen business, strategic financing and industrial scaling, and the Erlangen-Nuremberg Metropolitan Region as a centre of knowledge and innovation for a variety of hydrogen technologies. 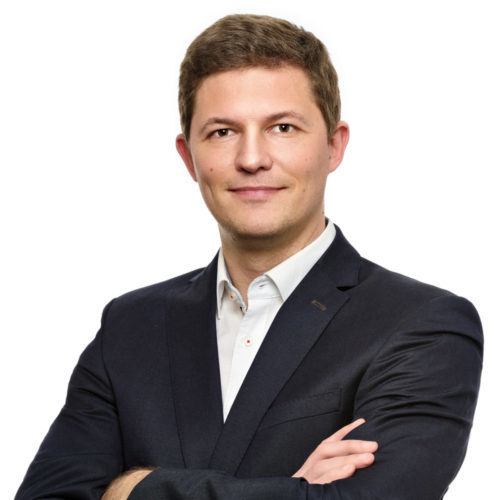 Dr Teichmann, ahead of the first Hydrogen Dialogue you said it was time for the hydrogen strategy to be systematically brought to life. Two years on, how much still remains to be done?

A huge amount has got done in the past two years – as we can tell from the sharp rise in interest in hydrogen from business, government, the media and society in general. And just like our projects, a lot of initiatives have also evolved further in Germany. I’m thinking, for instance, of the H2Global foundation and the GET H2 initiative. But we’re seeing more and more projects at the international level as well, both for producing green hydrogen and for setting up sustainable supply chains. One of the crucial tasks is to get the first major products running along the whole length of the value chain. That’s the only way we’ll be able to gather the knowledge and experience we need so we can offer turnkey technologies and solutions at a reasonable cost, which is what will enable the market for green hydrogen to ramp up on a big scale. So there’s certainly a lot of life in the hydrogen business these days.

But at the same time, many key regulatory aspects are still unclear, especially at the EU level, and the resulting uncertainty is slowing down momentum at the moment. For instance there’s still no regulatory framework to fully govern things like the definition of green hydrogen or setting incentives for consumers to use green hydrogen. And the regulatory requirements that do seem to be evolving for green hydrogen production are significantly stricter than for things like electricity and its use in electromobility, or for heat pumps. All of that breeds uncertainty. Which it’s why it’s even more important now to take advantage of the current tailwind and outfit more branches of the hydrogen business with sensible regulations so we can make this a functioning ecosystem.

You’ve already delivered LOHC systems in Europe and the USA. What’s the situation for internationalisation in the Near East, Asia-Pacific, and other regions?

Our aim is to use LOHC to create a global ecosystem for green hydrogen. We’re scouting in every corner of the world for places where we can identify and leverage the potential to build up appropriate high-volume import and supply chains. Just at the end of last year, for instance, we founded a joint venture with Emirates Specialized Contracting & Oilfield Services (ESCO) in the Near East. The desert in the United Arab Emirates is an extremely efficient place to produce green hydrogen, and the new company – Hydrogenious LOHC Emirates – is planned to deliver hydrogen on a large scale to customers in Europe. We’ve already announced a first project with ADNOC, Uniper and Jera, and more endeavours are under development.

You’re the world market leader in your pioneering LOHC technology (where hydrogen is bound to an organic carrier fluid). But what about financing? What strategic investors have you brought on board so far?

We’ve been in operation for almost ten years now, and we’ve attracted a great many investors to our cause. Our last financing round in mid-2021, for instance, brought in EUR 50 million. Today we’re using those funds mainly to scale up our disruptive LOHC technology to an industrial level, and to commercialise it. When we choose investors, we believe it’s important to do more than just bring in providers of capital – we want to set up partnerships that will also get us ahead strategically in the long term. Royal Vopak, a distributor of oil, gas and chemical products, has port space that we expect to find extremely valuable for setting up LOHC hubs. Jera has contributed extensive expertise in the energy market. And those are just two examples. The strategic added value for many of our other investors is also obvious: AP Ventures, Temasek, Chevron, Hyundai, Mitsubishi Corporation, Covestro, Pavilion Capital and Winkelmann Group.

Let’s talk about scaling up industrially. What specific plans do you have in this regard?

We’re in a very exciting phase right now. Our aim is to scale up our technology, and specifically the capacity of commercial systems, to industrial levels of several metric tons a day. That’s indispensable if we want to build up high-volume hydrogen import channels. We’re already taking bids to build our project at Chempark Dormagen, near Cologne. This will be our first industrial-scale LOHC plant, with a filling capacity of as much as 2,000 metric tons of hydrogen a year. That would make it the largest LOHC plant in the world. It will be followed by more steps to scale up to the next volume levels – the project with ADNOC I just mentioned is one of those, but the strategy also includes our Important Projects of Common European Interest (IPCEI).

The war in Ukraine and the increasingly acute climate crisis are making it more urgent than ever to switch to renewables. Could that evolve into a special source of impetus – specifically for hydrogen, too?

Absolutely. Green hydrogen, as an energy source, is a key part of the puzzle for systematically cutting back carbon and achieving energy independence. The war in Ukraine especially shows us how important it is for all of us, both within Europe and beyond, to pull harder together in the same direction. In response to the war, the EU has more than doubled its targets for hydrogen imports by 2030. But to achieve that ambitious goal, we’ll need to act fast to find answers to the unanswered core questions. We have to ensure that as soon as possible we can set up the global energy partnerships and value chains that are essential for a sustainable hydrogen supply, and thus a sustainable energy supply. LOHC will play a special role here as a key technology for easily, flexibly, safely transporting hydrogen all over the world.

Let’s come back to peaceful Erlangen, where your company is headquartered, and to the Erlangen-Nuremberg Metropolitan Region. What influences are acting on the world of hydrogen from here?

The Erlangen-Nuremberg Metropolitan Region, especially with the University of Erlangen-Nuremberg, the cradle of LOHC technology, is obviously something very special for us. But even beyond that, the region has evolved into a regular knowledge and innovation hub for a wide range of hydrogen technologies. The evidence is all the many big-name companies that are working in hydrogen – like Siemens, Bosch and Schaeffler. And research institutions, like the Jülich Research Centre or the Helmholtz Institute for Renewable Energy, are also especially worth noting. We too maintain a great many partnerships in these networks, start projects, and organise a detailed exchange of knowledge so we can approach the mission of decarbonisation together. A recent example: just this past July, the City of Erlangen celebrated the opening of the world’s first hydrogen filling station, and LOHC is one of the ways the facility is being supplied with green hydrogen. The project was a collaborative effort between H2Mobility, Siemens and Hydrogenious. 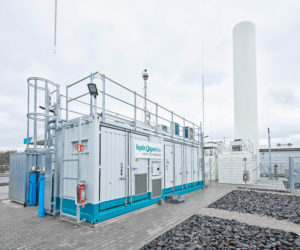 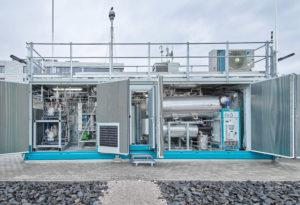 The Hydrogen Dialogue will be held in person for the first time on 21 and 22 September. Will you be there? And how will that make a difference?

After more than a year limited to purely digital events, our whole team is longing to gather with people in person. Online conferences are just no substitute for the atmosphere and enthusiasm that a face-to-face meeting can generate. So as a well-networked company from the Metropolitan Region, of course we’ll have our own booth there in Nuremberg, and be taking part in the program of presentations on import strategies. We’re looking forward to dialoguing with the partners we already have, networking with everyone, and recruiting new people with an interest in our LOHC technology.

Many thanks for talking with us

As usual, you can find the entire program of the HYDROGEN DIALOGUE – Summit & Expo 2022 at hydrogendialogue.com/en/event-program.

Be there and secure your ticket today!