The ramp-up of an international hydrogen economy has been given a strong boost by the third edition of the HYDROGEN DIALOGUE in Nuremberg and the premiere of the Brazil Edition of the HYDROGEN DIALOGUE in São Paulo. One of the most important questions about how it will be financed is explained by expert to sustainable investment Bruno Erbel, Managing Director at the Paris-based Marguerite Fund. 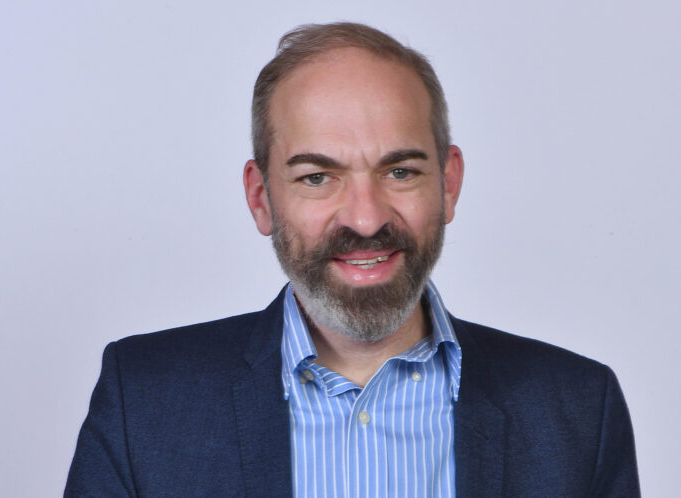 Mr Erbel, when investors want to give money, what criteria are most important?

We look for capital-intensive and sustainable investment opportunities having robust contractual frameworks and attractive risk adjusted returns, especially in a new sector like hydrogen, considered to be riskier than traditional infrastructure investments. As the green hydrogen market is still to be established in Europe, we also pay a lot of attention to the revenue generation of those opportunities to ensure that the economics will be attractive enough to incentivise clients to secure long-term offtake contracts. Lastly, we look at the track record and skills of the teams in charge of delivering those new and complex hydrogen opportunities.

You said at the HYDROGEN DIALOGUE in Nuremberg that the framework conditions for hydrogen are currently favourable. Which do you mean?

The determination in our societies to combat climate change is higher than ever, and hydrogen can play a crucial role to decarbonise hard-to-abate sectors (e.g. steel, chemicals, cement) and be complementary to renewable energy production by enabling transportation and, more importantly, storage of green energy in the form of molecules, further fostering the energy transition drive pursued through the electrification of our societies.

Consequently, we’d expect governments to help the hydrogen market by introducing targeted support schemes. One relevant example is the German so-called H2Global support scheme whereby a government entity steps in to grant 10-year offtake agreements to hydrogen producers at an adequate purchase price whilst reselling it to hydrogen consumers at a more affordable market price, in both cases based on an auction process.

In addition, fossil energy prices have reached unsustainable levels, making green hydrogen more competitive as an alternative to grey hydrogen, which is produced from natural gas. If you add to this the necessity to ensure supply security for our energy system, which unfortunately is not a given nowadays, this creates a very favourable environment to give green hydrogen produced in Europe a further boost.

Marguerite has the mandate to invest in infrastructure. Do you see more opportunities or problems with hydrogen?

For the reasons just mentioned, there are many opportunities in the hydrogen market in sectors of the economy where switching to hydrogen makes sense economically and where other decarbonisation solutions are not more adequate. But at the same time, shifting our energy system away from fossil energies towards green electricity gas is a considerable challenge as we need to build much more renewable production capacity in a much shorter time than we have done so far.

However, the drive in this direction is so strong that we are confident the market will find a way to overcome problems encountered along the way, like technical challenges around the safe transportation of hydrogen throughout Europe by upgrading existing natural gas pipelines or developing new hydrogen pipelines to efficiently connect supply and demand centres.

Eventually, the aim is to set up a global hydrogen market with important production centres and worldwide transportation and distribution systems. Europe has a key role to play in this sector through its strong electrolyser manufacturers and transmission system operators whichh have the skills and experience to deliver molecules across Europe safely, strong political drive to decarbonise and the ability to develop a competitive pan-European green hydrogen market.

As an investor, you meticulously analyse future and profit prospects. What is the challenge with hydrogen?

Despite the benefits of green hydrogen, investments in this new sector remain challenging for the time being as the “rules of the game”, expected to be defined through a Delegated Act, are still to be enacted after more than a year of intense negotiation among stakeholders. Without clarity on this front, the green pan-European hydrogen market cannot be developed, support schemes cannot be finalised, and therefore investments cannot happen at scale.

The long-term offtake of hydrogen from bankable counterparties is also vital to attract long-term debt financing and improve the overall economics of those investment opportunities. Lastly, electrolysers need to reach scale to lower capital expenditure.

The goal must be to build a sustainable new ecosystem, which will prevail, even beyond the current energy crisis caused mainly by the Russian invasion of Ukraine.

The HYDROGEN DIALOGUE brings together the different stakeholders. You were in Nuremberg, what impression did you take away with you?

We’ve observed a strong positive dynamic in the hydrogen sector, especially here in Germany, with many start-ups boasting highly ambitious, yet realistic, plans. It makes sense for a country like Germany – with notable engineering capacities and huge demand for hydrogen or its derivatives (ammonia or e-methanol) to play a leading role in such a new and relatively untested sector.

Thank you for the interview

… on the HYDROGEN DIALOGUE – Summit & Expo in Nuremberg

… on the the HYDROGEN DIALOGUE Brazil Edition 2022 in São Paulo