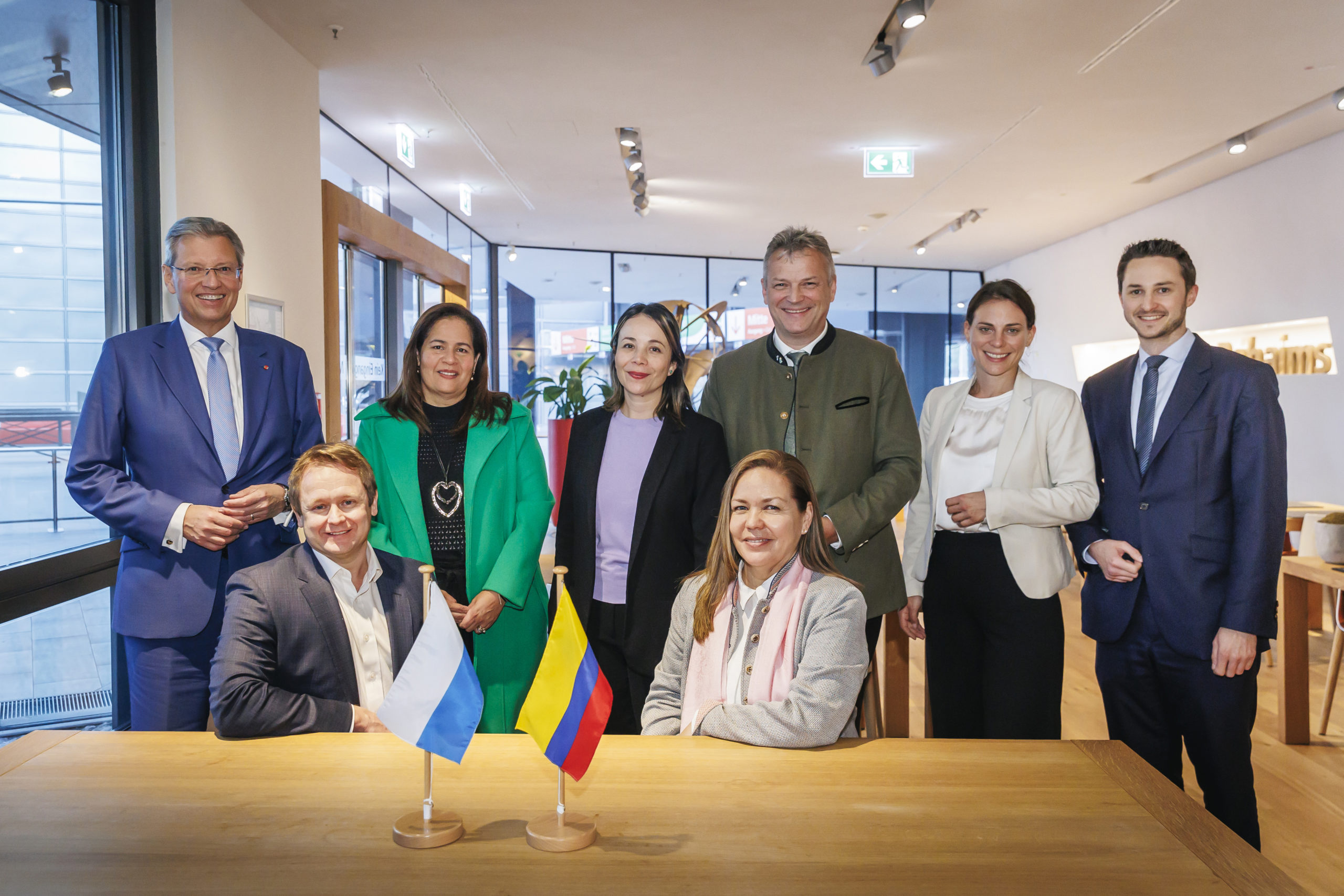 The in-person premiere was a hit. After two successful digital editions, the international hydrogen community met face to face for the first time in Nuremberg. The 3rd HYDROGEN DIALOGUE Summit & Expo, with more than 1,000 people attending, showed how indispensable hydrogen is going to be as an energy source for global economies and climate protection. Said NürnbergMesse CEO Prof. Dr Roland Fleck at the opening, “It’s high time for a vigorous European hydrogen industry.” Here an international collaboration among generators and users will play a crucial role, as was impressively demonstrated by the conference and expo with their high-powered presentations and their experts from government and business. Still more evidence: a letter of intent (LOI) for cooperation between the Free State of Bavaria and Colombia, signed at the Exhibition Centre by Bavarian economy vice minister Weigert and representatives of the Colombian government.

Over the two-day HYDROGEN DIALOGUE Summit & Expo, the depth of interest in hydrogen as an energy source was evident from the full halls at the Exhibition Centre and the information-packed programme of more than 70 high-level presentations, talks and panel discussions with over 100 speakers. NürnbergMesse joint CEOs Prof. Dr Roland Fleck and Peter Ottmann, who hosted HYDROGEN DIALOGUE, were delighted at the in-person premiere’s success. “HYDROGEN DIALOGUE 2022 showed impressively how important the dialogue among government, business and science will be to bring off an acceleration of the hydrogen economy. Important partnerships were launched, including with international players. Bilateral discussions began, and a great deal of knowledge and experience changed hands.” Jasmin Rutka, Director of HYDROGEN DIALOGUE, added, “We showed that Nuremberg is the meeting place for the hydrogen community. We want to thank our conceptual partner, the Hydrogen Center.Bavaria (H2.B), our patron Minister Hubert Aiwanger, our advisory board members, and all our customers and partners. Without them, this event would never have been such a success.”

Cooperation between Colombia and Bavaria

International cooperative arrangements play a key role, because only some of the countries that generate hydrogen are also users of hydrogen technologies. That’s why Colombia will be a new partner of the Free State of Bavaria. Colombia is a pioneer in green hydrogen in South America, and can generate 80 per cent of its energy mix from renewable sources, as was emphasised by Dr Maria Fernanda Valdés, Colombia’s Deputy Minister of Industry and Business Development. On the first day of
HYDROGEN DIALOGUE, a letter of intent was signed for future collaboration between Colombia and the Free State of Bavaria.

“An important signpost for how business contacts are being maintained between Bavaria and Colombia is the signing of the letter of intent on further structuring the development of innovation and technology for the Colombia & Germany Startup Hub”, noted Roland Weigert, Vice Minister at the Bavarian Ministry of Economic Affairs. “This joint commitment to the green hydrogen value chain is a great, forward-looking opportunity to maintain and strengthen our economic relations. I’m very confident that together we can conduct application-oriented research on hydrogen production so that we can quickly launch specific joint projects in the field.”

Hydrogen, considered a source of hope against climate change, has gained still further significance from the new war in Europe.

“It’s high time for a vigorous European hydrogen industry,” Dr Fleck noted at the event’s opening. “Affordable energy is the foundation for peace and prosperity in Europe and many other countries.” That was also clear from the attendance of a great many high-level international representatives from politics and diplomacy, including from Australia, Argentina, Chile, Canada, Scotland and Colombia. Additional attendees came from Brazil, Estonia, India, Japan, the Netherlands, Panama, Poland, Tunisia and Hungary.

The presentations, panel discussions and accompanying Expo with 36 exhibitors represented a cross-section of current issues in the German and international hydrogen industry. In a talk on “Reliable energy thanks to diversification – Impact of the geopolitical situation on the significance of hydrogen as an energy source”, Ruud Kempener, head of the Hydrogen Team at the EU Commission’s Directorate-General for Energy, reported on an EU Commission study. “Hydrogen was shown to have an energy potential 15 times as great as the present energy demand for the entire world.” What’s more, that potential will ensure greater fairness through diversification, since most countries will have greater or lesser access to renewable energy. Although the market is not yet able to make the most of that potential, he noted, the speed of industrialisation is on the rise. “The war has shaken not only the world, but also the energy supply, and will impact European consumers and industry this winter and next. But the transition to a world that relies far more heavily on hydrogen and electricity is gaining speed, as can be seen from the rapid expansion of LNG terminals. These might also be modified for hydrogen,” said Dr Carsten Rolle, Secretary General of the World Energy Council’s German chapter.

Further topics included the possibility for scaling up and accelerating the market, the expansion of the European hydrogen infrastructure in a talk titled “Will the pipes be enough”, and “Transition scenarios after the exit from coal and nuclear, and the significance of hydrogen as the ‘coal of the future’”.

The next HYDROGEN DIALOGUE in Nuremberg will be held on 22 and 23 November 2023.