“In person at the Nuremberg Exhibition Center: Stepping on the accelerator for the global hydrogen market”

This year, the HYDROGEN DIALOGUE - Summit & Expo will already be held from September 21-22, 2022, live at the Exhibition Center Nuremberg and also on the digital event platform. NürnbergMesse is thus responding to the many requests from the industry to meet again as soon as possible. The new, earlier date in September was found in close consultation with partners and industry representatives. 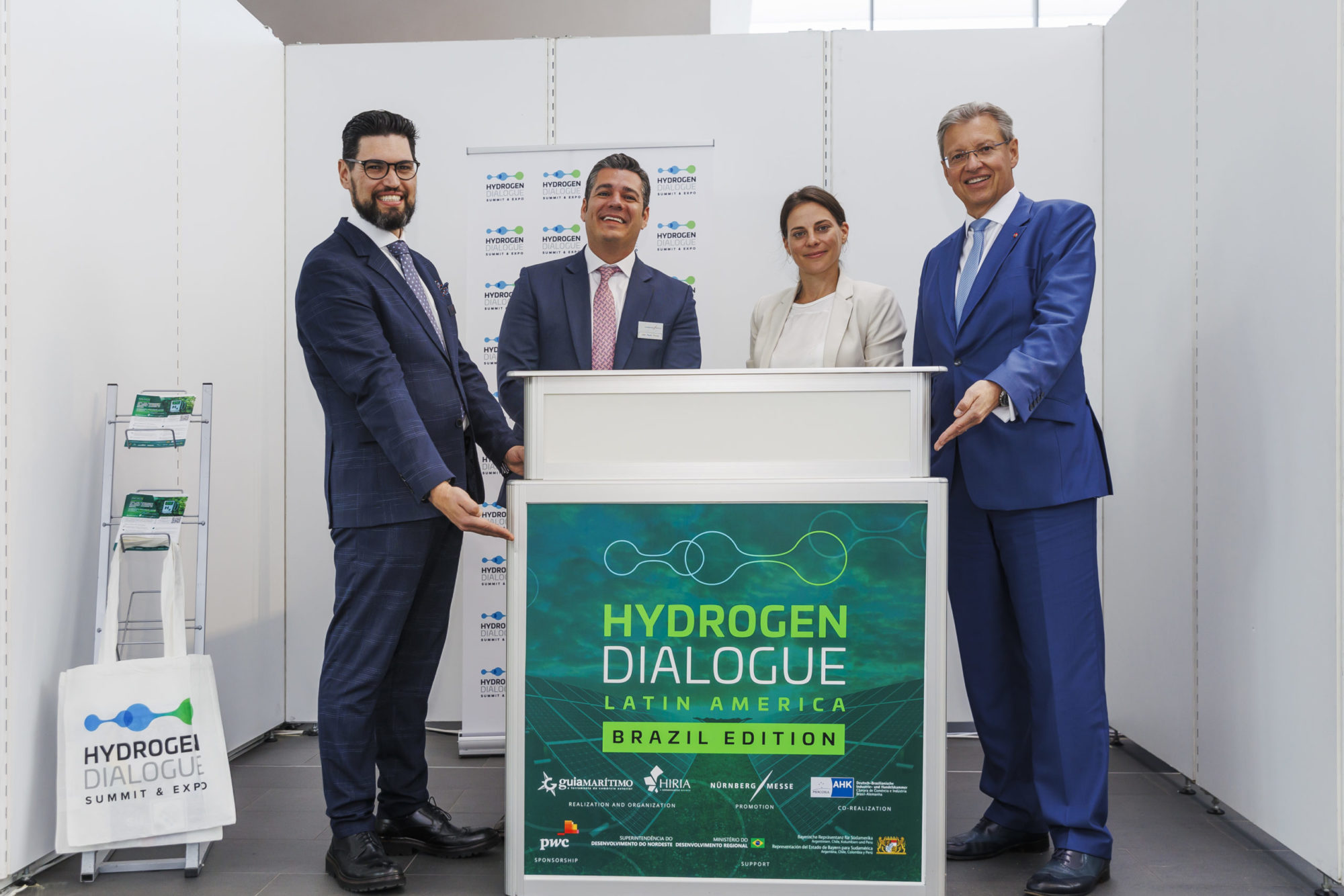 HYDROGEN DIALOGUE Summit & Expo 2022 has opened, and the event’s third iteration is also a premiere. Following two digital rounds, for the first time the global hydrogen community is also meeting in person, on site, at the Nuremberg Exhibition Centre. Decision-makers and professionals from business, government and science, along with a great many high-tech companies, gathered to discuss and boost the market for hydrogen. The event’s patron, Bavarian economy minister Hubert Aiwanger, welcomed guests from more than 15 countries: “The third Hydrogen Dialogue at the Nuremberg Exhibition Centre once again spotlights Bavaria for the international hydrogen world as a leading location for hydrogen, and injects important new ideas and inspiration amid challenging times. We now need to rapidly power up the hydrogen industry here in Bavaria, expand the European infrastructure, and establish international partnerships for delivering green hydrogen. That’s the way to both achieve an independent energy supply and make us climate-neutral.”

Hydrogen is an important factor in finding solutions for the carbon-neutral economy and society of the future. Which also makes HYDROGEN DIALOGUE even more relevant – even as it means added value for the partners of the Hydrogen Alliance Bavaria, which now numbers more than 280 partners. City Councillor Dr Michael Fraas, head of the City of Nuremberg’s Business and Science Office, highlighted the platform’s significance: “HYDROGEN DIALOGUE Summit & Expo is the best showcase for innovation in hydrogen – especially for the Metropolitan Region of Nuremberg, the Hydrogen Capital.”

New urgency in the energy debate

Climate change is the crisis of the century. That and the change in the geopolitical situation induced by Russia’s war of aggression on Ukraine have lent a whole new urgency to the energy supply question. Which has made HYDROGEN DIALOGUE all the more significant. Full halls at the Exhibition Centre and the high-intensity programme both bore witness to that on the very first day. Over 70 high-powered presentations, talks and panel discussions, with more than 100 presenters in all, are scheduled for the two-day event, covering the entire value chain of the global hydrogen industry. The emphasis for 2022: Innovation and investment. “In HYDROGEN DIALOGUE, we and NürnbergMesse have created an important platform for discussion and for displaying technology in Bavaria”, said Prof. Dr Veronika Grimm, a national Economic Sage and Co-Director of Hydrogen Center Bavaria (H2.B). Her message: “Transforming our energy system has become an even more pressing, topical issue than ever. Hydrogen will play an important role in a climate-neutral energy system, and will help safeguard and diversity our energy supply.”

Success story will continue in Brazil

“The task of discussing and especially encouraging the acceleration of the hydrogen market is in any case a challenge that we cannot manage all on our own”, said Prof. Dr Roland Fleck, joint CEO of the NürnbergMesse Group with Peter Ottmann, and the event’s host. Fleck is certain that “the Bavarian Hydrogen Alliance is an excellent foundation – but the market for the hydrogen economy can only be accelerated effectively by pan-European cooperation, in conjunction with globally organised supply chains that ensure reliable importation of green hydrogen to Germany.”  After the intense discussion among the global hydrogen community concludes tomorrow in Nuremberg, the success story will continue in just another month and a half – with the Brazil Edition of HYDROGEN DIALOGUE Latin America in São Paulo from 9 to 10 November. At the Brazilian event, experts and decision-makers from business and science will discuss the opportunities and challenges of exploiting the full potential of hydrogen – the clean fuel of the future – on an international scale. “Given the immense potential that South America offers for generating green hydrogen, it was an obvious step to establish HYDROGEN DIALOGUE as an event format there as well”, Prof. Fleck explained as he announced this new event from subsidiary NürnbergMesse Brasil.

HYDROGEN DIALOGUE in Nuremberg was organised by Event Director Jasmin Rutka and her team.